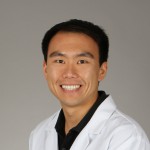 This guest post about the public perception of science is by Brian Leung, a third-year Neuroscience graduate student and NSF GRFP Fellow. He is advised by Terence Town, and they are researching how prolonged activation of the immune system can influence learning and memory.

A quote by Dr. Brian Greene is posted on our lab door: “When kids look up to great scientists the way they do to great musicians and actors, civilization will jump to the next level.” To gauge society’s opinion, Google Search algorithms collect the most popular questions to generate so-called ‘suggestions.’ According to Google’s suggestions, scientists are evil, immoral, and wrong. On the other hand, celebrities are described as “hard-working” and “just like us”. The sobering truth is that scientists are not regarded positively by society. For civilization to leap forward, we must shift how the mainstream media portrays and how the public subconsciously perceives medical scientists. Increased admiration for medical scientists will engender interest in the field and help secure medical research funding for future generations.

Throughout my childhood, I was always drawn to science. However, when I reflect back, the popular media portrayed scientists as insane and socially inept. In the case of the “mad” scientist, societal perception has been fueled by the entertainment industry and the mainstream multimedia. In Nature Neuroscience (2010), Dr. Pat Levitt coins the term ‘frame’ to describe this phenomenon. Frame formation becomes important during child development, because the developing brain begins to perceive the world based on what is morally acceptable. When society presents a decidedly negative view of the medical scientist, children learn this frame and, consequently, develop a negative subconscious perception.

One example of the mad scientist frame, The Big Bang Theory, is a popular situational comedy set within the daily lives of scientists and medical researchers. Put bluntly, the scientists are stigmatized as misfits. Here, the humor is derived from scientists’ awkward personalities.  The popularity of the show reinforces the scriptwriters to further call our attention to the awkwardness of the characters. This representation promotes misnomer frame development. Similar negative associations are applied in the toy and gaming industries. For example, leading brands have marketed the image of the disheveled mad scientist in association with anything medical or scientific. This derisive marketing strategy stigmatizes medical scientists and discredits the profession.

Another direct example of how misnomer frames influence childhood perception can be found in the comic book industry. Dr. Denis Dutton, a Professor of Art, asserts that comic books create a fantasy world that allows readers to escape, adapt, and associate with characters. These fictional realities psychologically impact children, who experience fantastic situations though their superhero role models. In the X-Men series, Henry “Hank” McCoy, the Beast, is a medical scientist with the mutant power of extreme strength and athletic agility. Although comic book mutants are broadly discriminated against, even within the mutant community there is a prejudice against scientists.  For example, graphical depictions of the Beast as a medical scientist, alone in his lab with his blue skin, isolate him further from all mutants. Even if the Beast is central to solving the medical mysteries for his team, his portrayal reinforces the distant, mad scientist stereotype. Since children identify with the Beast, the misnomer frame of the alienated medical scientist role model is reinforced; again, strengthening a preconceived negative association.

Cultivating an environment where medical scientists are portrayed as evil and socially inept is influencing how individuals make funding decisions. Both federal policy makers and private donors subconsciously express this negative frame, which manifests as lack of funding support for the National Institutes of Health and the National Science Foundation. Two approaches are proposed to break this trend.  Firstly, we must radically change how society at large portrays medical scientists, starting from childhood. Secondly, we must focus on how current generations perceive medical researchers. The hope is that these strategies will compel the next generation of policy makers to support innovative medical research. To accomplish these goals, we should emphasize the importance of basic science discoveries and biomedical breakthroughs using language adapted to a mainstream audience. Television dramas, situational comedies, and toy marketing should depict medical scientists as reputable role models without inciting frame misnomers. Additionally, broadcasting the Nobel Prize and Lasker Award ceremonies with the same commitment as the Academy and Grammy Awards would demonstrate that great scientists are on par with great actors and musicians.

To encourage the “jump to the next level” that Dr. Greene speaks of, the medical and scientific communities must forge stronger partnerships with movie studios and major media organizations – e.g., CNN, Disney, and FOX. Through these organizations, a concerted effort to broadcast documentaries, medical breakthroughs, and medical science award ceremonies can shift societal perception of medical scientists – redirecting the mad scientist perception towards the prestigious scientist. Also, the entertainment industry has the opportunity to create scientifically understandable television shows that star physician scientists or have relatable Disney channel characters as medical scientists. Creating shows similar to Cosmos: A Space Time Odyssey – focused on biological and medical advancement – will encourage us to redefine this damaging frame misnomer. A positive view of medical scientists would subconsciously validate the fundamental and honorable aspects of the profession.  Hopefully, this would translate to accelerating the pace of support for medical research through the recognition of research excellence, public education and advocacy. One day, Google may even suggest that scientists, like celebrities, are “just like us.”